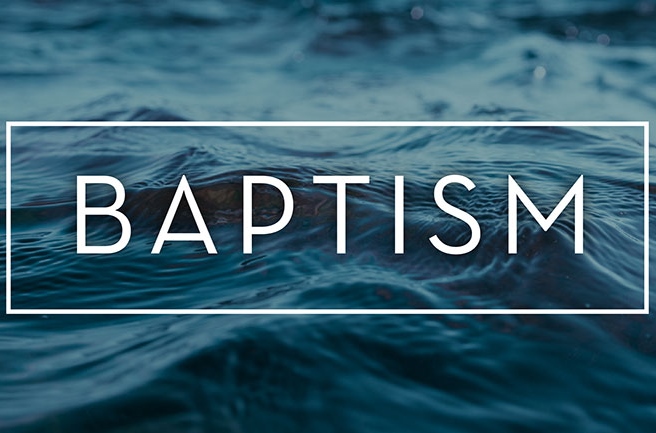 This summer a long-time church member Anna Nida approached us about two of her great-grandkids, Tony and Gaby, expressing an interest in getting baptized. Tony and Gaby attended AMC as toddlers through their middle school years and participated in Sunday School regularly. Over the last three or four years they had stopped coming and we did not know how things were for them. When their great grandmother said that they wanted to be baptized in our church, everyone who knew them and especially their Sunday School teachers could not have been more excited.

In preparation for the baptism Tony and Gaby agreed to go through the Confession of the Mennonite Faith with Pastor Sandeep and Sonia. They also each wrote statements about why they wanted to be baptized. Our friends Pastor Howard and Cathy Wagler were told about the Baptism and expressed their desire to attend. Howard was invited to bring the message that day, Nov. 22.  As the date approached however, the COVID numbers began to spike with Hutchison going into semi lockdown followed quickly by the Kansas City hospital system announcing that they had begun to max out and were recommending avoiding “in-person” events as much as possible.

Argentine Mennonite switched to meeting on Zoom until the situation got better. Sunday, Nov. 22nd would be the one exception. Howard and Cathy too changed their plans and decided to be present virtually with Howard bringing the message by Zoom. He preached a sermon titled Don’t Look Back, Look Forward based on the Phil 3:12-14 text. It spoke to the new lives Tony and Gaby were embarking on as well as to AMC church itself. In the end, Nov. 22nd ended up being an exceptional Sunday in many ways as it energized the church to pursue its original call of making Jesus disciples who will make disciples from among the lost and to do it no matter what it takes. That baptism was a long time coming for AMC. Mobilizing prayers and continued discipleship will define what happens next in the lives of Tony and Gaby and AMC in the year that will soon be upon us.  Pray with us! For these new disciples and for the continued pursuit of God’s call for the Argentine Mennonite Church.